Never Dismiss The Power Of Storytelling 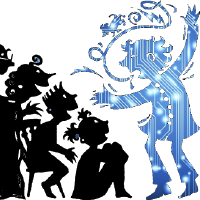 As I'm working my way through my news feeds, aggregated across the blog RSS and Twitter streams of the companies I track on in the API space, as well as the leading organization, and individual tech blogs I subscribe to, I am noticing one of several storytelling memes being tested at any given moment. The tech story du jour is about wearables being applied to managing the older generations of our world (innovation?).

When you monitor as many feeds and Twitter accounts as I do, you start to see these patterns of storytelling emerge, popping up on a handful of mid-size blogs, and then eventually some of the bigger blogs. Wearables for monitoring and managing the old peoples, is just one of the latest, insurance has been another, and on, and on. Sometimes these stories take root, and begin to get retold by folks who think these stories are true, and are put out there to genuinely educated them.

The industry news and blogs are not telling you how about this API driven device is radically shaking up the insurance because for altruistic reasons, a desire to keep you informed about what is going on. 95% percent of this storytelling across the tech space has precise targets in mind, looking to influence investors, employees, and other key actors in this Broadway musical we are all playing a role in.

Storytelling is central to everything. It is how startups influence investors, and investors influence markets, which influences the enterprise, which influences industry, and government--everyone tells the story they think will result in the outcomes they desire. I do this. I tell stories to influence what I want to see in the space. So does Google. So does AT&T. So does the White House. So do the Koch Brothers. Everything we read, is published to influence us--whether it is fiction, non-fiction, or a combination of the two (aka marketing).

I started API Evangelist in 2010, so that I could tell stories about what people were doing in the API space. I saw that API architects, designers, and developers all sucked at telling stories about what they were doing. I stepped in to fill the gap. Six years later, most folks operating APIs still suck at telling stories, and when I tell them that the most important tool in their toolbox is storytelling, they quite often chuckle, and dismiss me. This is so common, that I regularly have folks who use the dismissal of storytelling to downplay the importance of what I do, and what it is that I am saying.

API Evangelist is just a blog. You are just a single person. The enterprise doesn't listen to stories. Government doesn't care about public stories. I hear these arguments regularly in, as people try to put me in my place, or just lash out because they don't agree with what I just published. That is fine. You don't have to agree with me, but you should never dismiss the power of storytelling. Our reality is just layers of carefully (or not so carefully) crafted stories, influencing us at every turn.

Bring this back down, most of the criticism thrown at me is true. API Evangelist is just a blog. I am just a single person. Most in the enterprise, and government will not pay attention to what I say, because of the way they see the world. However, this doesn't stop my stories from influencing folks. An average post of mine will be read by a couple hundred people, and never be seen anymore. However 1% of my posts will have a significant impact like the Secret to Amazon's Success: Internal APIs, which enjoys 2K page views a week, almost four years later, and comes up in conversations across the industry, from banking to government, around the globe.

And that story is 98% bullshit! People believe it. People eat it up. People love stories. This is why the tech sector is always moving on to the next great thing, while simultaneously testing out thousands of possible next great things, through storytelling, and see what bait brings in the biggest fish (THE OPPORTUNITY IS THIS BIG!). Stories are everything. Whether its marketing, PR, or the hacker storytelling theater that I perform, it is what is making all of this going around, and is what markets are based upon--never dismiss the power of storytelling.

One irony of all of this, a majority of the folks who dismiss me, and my evangelism fo the storytelling process, are often trying to get me to talk more about what they are working on. Something I'm happy to do, but understanding, distilling down the complexity often present with the world of APIs is hard work, and crafting meaningful stories from all of it is more art, than science. It takes practice. This is why you see so much work published across the API Evangelist network, it is all practice, building up to the one story I tell that gets retold, and retold, and retold--never stop telling stories.