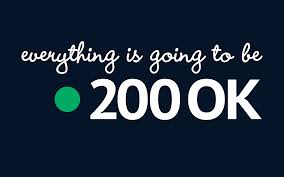 I've been working on open data and APIs pretty heavily since Barack Obama directed all federal agencies to go machine readable by default, back in May of 2012. The White House directive told agencies to publish a copy their digital strategy at their website in the following location: [agency].gov/digitalstrategy. There was also supposed to be an HTML, XML and JSON representation of their digital strategy.

Pretty cool request. I immediately got busy writing a script that I could run each night and let me know which federal agency had published their digital strategy. To be fair, the White House mandate was for top level agencies, not really all 246 as I showcase. However, I think it is a process that all agencies can learn from, so I leave it up.

Back to pulling the digital strategy for each agency. First I needed all the agencies website addresses, which I pulled from the federal agency directory API. I then appended /digitalstrategy.html, and /digitalstrategy.xml, and /digitalstrategy.json to each agency URL. Now remember, I am a script or piece of code trying to determine if one of 246 x 3 pages exist. I'm not a human looking at each page load with my eyeballs. The only think I have to tell me what is happening is the HTTP status code(s):

What the government agency sends to me as a status code triggers one of three responses in my code:

After you run the script you see most of the agencies return a 404--not published. Ok, but then I started seeing 301 without an actual URL that redirected me to existing location. I saw published digital strategies return 404 and unpublished strategies return 200. While most agencies adhered to basic HTTP principles, some I just had to hard code. I had to manually code a section saying IF agency = XX then assume this response code. This is a pretty basic problem, something you won't see unless you actually write some code against the situation (which I assume agencies aren't doing).

Fast-forward two years you have the Office of Management and Budget (OMB) directing that government agencies post .data.json files in a similiar way to the earlier digital strategy. I hope someday they will also require /api.son files, /roadmap.json and other machine readable goodies, but that is another story. This story is about proper HTTP status codes.

I thought I wrote this story last year, but apparently the story in my head didn't match what I actually published to my blog. So I wanted to make sure there was a fresh copy to help government agencies understand this simple, but very important aspect of their digital strategy.