Patents As A Measure Of Individual Success 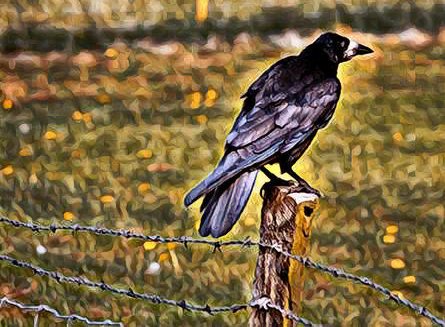 I read a lot of patents as part of my work as the API Evangelist, and I tend to stalk and tune into the social media accounts of some of the authors. I have noticed that some of them work at large companies, and are counting each patent they file and are announcing each one like it is a badge of honor. I’m fascinated by this. Each company’s approach to showcasing or downplaying their patent portfolio tells a lot about the company, something that I feel trickles down to each individual author.

The theater of showcasing the number of patents is fascinating to me. I’m not saying it’s a bad thing, just something I think is worthy of more discussion in the modern age. I don’t showcase the number of patents I have filed because 1) I don’t have any patents 2) I cannot afford to file any patents 3) I don’t showcase my ideas, I showcase things I do and the stories I tell. Ok, maybe a patent is a story right? A story about what is possible, that you’ve paid a fee to file with the government, and convinced them that the story is true? I’m just trying to get at the thinking behind this theater production, and why some folks feel that it is a badge of honor.

The biggest differentiator here for me is that I cannot afford to file patents. It is a rich man’s game. Is this why people showcase? To declare they are part of the elite? Even if I could afford to file one patent, I definitely cannot afford to file many patents, and I cannot ever afford to litigate and defend a patent in a court of law. Making patents completely useless to me, even if I wanted to legally define my stories and ideas like this. Another thing that I notice is that there are no individuals filing patents, it is always an individual filing on behalf of a large company who has the money to file, and to litigate on behalf of the patent portfolio, which for me diminishes the individual merit of showcasing–look ma, I got a new patent (for my company)!!

A patent feels like one of those carrots that get dangled in front of individuals to get them to perform while on the hamster wheel. You get told in high school and college by your mentors that the number of patents you have is a badge of honor. However, you never get told that it is your organization that owns the portfolio, and made aware of the closed door dealings or litigation that will occur around your patent portfolio. IDK, it could be that I’m naive and uneducated about the wider world of patents, and how revenue is generated from patent portfolios–it won’t be the first time I’ve spouted off about something I don’t get, nor will it be the last. I write to understand.

Ultimately I think patents are a rich person game, and how a significant amount of ideas are locked up and made part of larger flows of power, or rendered a non-threat. It isn’t a game I’m part of because I don’t operate at that level, which is why it is foreign to me. I’ve never heard someone tell me that they respect someone for their patent portfolio, or that they were an author on a patent. I think patents are one of those legacy stories that used to have meaning and purpose in the industrial world, and long ago became the game of rich folks, while also becoming pretty distorted in the translation from the physical to the digital. It is a game people still showcase as a badge of honor because of mythical stories they have heard those in power tell–they have little to do with your own success or the value of your ideas.

For me, I measure my success based on the stories I tell about my ideas, and the stories others retell about my ideas. I also measure my success based upon the number of my ideas that become real, and are part of everyday practice in an industry, even if I do not receive royalty checks, or able to litigate and make deals based upon my idea portfolio…but, this is just me. I’m an oddball like that.