The Role Of The University In Our World 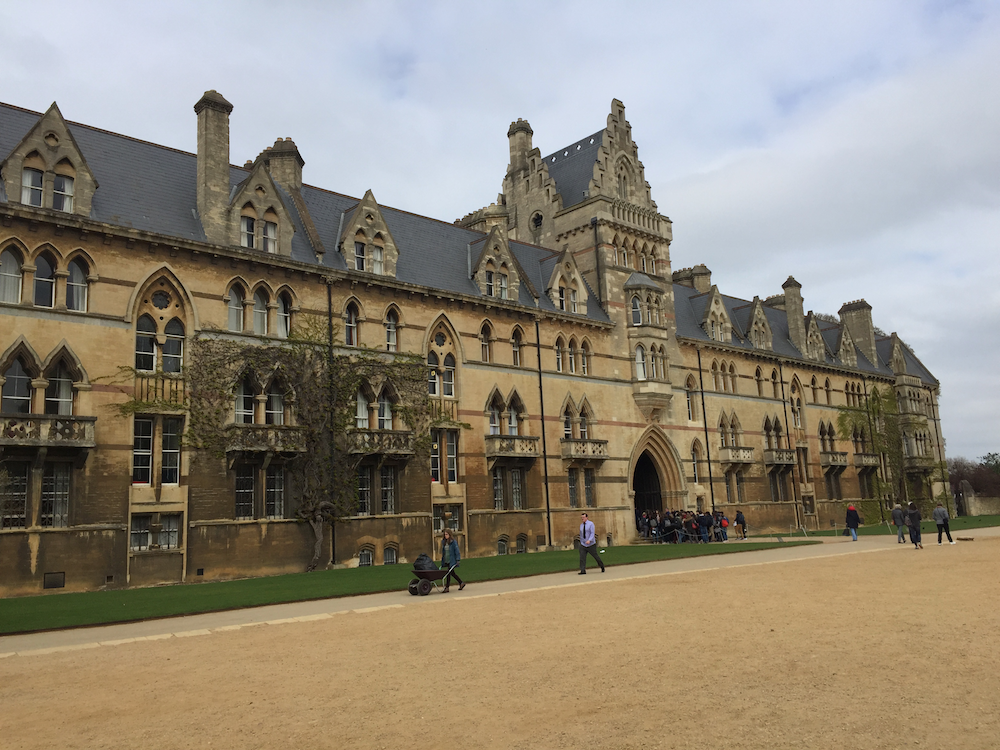 I had come across Your College Degree is Worthless as part of my regular monitoring of the API space, which is a story I see regularly from the startup community, partly due to my relative position to my partner in crime Audrey Watters (@audreywatters) and her Hack Education work. It is a story startup like to tell when they are selling technology fueled solutions they see as a replacement to the college degree, in this case, the author is developing a startup based on selling apprenticeships with other startups. I'm linking to the story and startup not because I support them, but because it provides a great example of the corrosive effects that startup culture has become.

Shortly after reading this story I went to Oxford in the UK to speak with the Oxford Dictionaries API, and while in Oxford I walked around several of the schools there. While experiencing Christ Church and Magdalen colleges this story came to mind, and I spent time thinking deeply of the hubris and delusion of tech culture. Imagine believing that an internship at a startup is more valuable than a college degree and that higher educational institutions should be dismantled and replaced with startup culture--we have created quite a magical echo chamber.

I get it, you think the startup experience is amazing, and everyone should do it. You see academia as an exclusive group. A party maybe you were never fully invited to. Also, you smell opportunity, selling folks what you see as an alternative. But, you are missing so much. How can an apprenticeship at a startup every replace studying literature at a university, and immersing yourself in, well, learning? What a hollow, empty world to live in where running a business would ever replace literature, philosophy, art, and other meaningful aspects of being human.

While in the UK I had the pleasure of taking my 16-year-old daughter with me, and I took her with me to Oxford that day. It isn't a school she'd be applying to, but we also visited Edinburgh University on the trip, which might actually make it on her list of schools she'll be applying to in a year or so. I think about the experience my daughter would have at startups vs the experience she would have in a university environment. I want my daughter to be successful, but this doesn't just mean making money, it also involves be happy, healthy, and well-adjusted in her life. Something that a university environment would contribute to, but I shudder to think about in the volatile, male-dominated, "meritocracy" of startup culture.

I do not have a university degree. Hell, I do not even have a high school diploma. I have no allegiance to any academic institution, but I completely respect what they do, and refuse to take for granted what they have done for our world. Sure, higher educational institutions have their problems, but so does startup culture. It troubles me that so many would be willing to support the concept of a university degree being worthless, willfully dismissing what a university degree has done for so many on the planet. It leaves me seeing startup culture as some sort of virus being unleashed on almost every sector of our society today.

I know. I know. Not all startups. Yes. Just like not all men. Just like not all white men. But have you ever taken the time to actually step back from your startup aspirations, let the effects of the kool-aid fade, and thought about life beyond technology and making money? There are so many other aspects of life that make it worth living, something that universities have played a significant role in. Maybe we could spend more time thinking about the positive role startups should play, and not the dismantling of good things, simply so you can profit frsellinging their replacement.