A Little Bit of Optimism About Technology In Federal Government 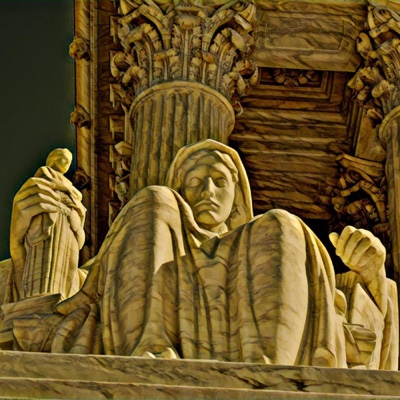 I met with a handful of friends who are (still) working in the federal government about how they are doing this last week. The tone within federal government seems to be on par with what I'm hearing from the outside -- people are seriously concerned about a wide range of things, and fearful for what this administration might do. I only talked to a few friends, but they were in positions that expose them to a wide variety of agencies, as well as projects, and the concern is pretty widely shared across agencies.

There are a number of folks who have already left, and folks seem to be taking things on a day by day, week by week, and project by project basis--before they decide to speak up or possible leave their job altogether. From what I've gathered people are being very vocal, and the incoming administration is very aware of the concerns from technical teams. This makes me optimistic, hearing that some of the folks I know are staying, as they are some of the smartest, and most opinionated individuals I know. They aren't about to take any shit and are ready for a fight when it comes to what is truly important.

What also gives me hope is that from what I'm hearing, the current White House administration is not very tech savvy, and they know it. Sure, they had (have?) the assistance for companies like Cambridge Analytica, and advisors like Peter Thiel, but the core administration isn't that savvy. They also seem to be somewhat aware of the scope of the Federal Government, and the technical complexity. Sure, there are many ways that government bureaucracy can be made more efficient, but in the end, people need to get their checks, benefits, and many US companies depend on these gears turning. They need some of the smart folks high up at these agencies to help make sure things don't just fall apart -- you need the gears turning until you identify an alternate solution (hopefully).

The 26% of Americans that vote for Donald Trump, and continue to support his approach do not seem to truly understand the scope and scale of the federal government--it is just big. Similar to the confusion between the Affordable Care Act (ACA) and Obamacare, there are many other programs and services that people depend on, and if these stop operating, congress people and senators are going to start hearing from their constituents, who are going to hold them accountable in the next election (education, cough cough). I'm optimistic that within the cracks of the technical incompetence of the current administration, and the existing bureaucracy that is the federal government, good things might occur.

Many of the people I know at the White House, GSA, and other agencies are there to serve the American people. They are there to push back on the inefficiencies that exist within government. The people I know are some very smart folks who don't just see the federal government as a republican or democrat thing, they see it as a system that serves the people--one that needs constant refinement. Yes, it is a very complex, and sometimes inefficient system, but they are ALREADY doing the hard work it takes to understand this complexity and working to be honest and realistic about what the solution is to streamline the service(s), so that they better serve everyone.

It really hit me hard that some of my friends and family were chanting "drain the swamp" during and after the election. While this phrase has other historical baggage (you should understand), Donald Trump and Newt Gingrich explained that this was about targeting the liberals in government. They were talking about many of the smart people I know in the federal government--making this a very personal attack for me. Those are my friends, and people that I know are decent folks trying to serve the entire country. It gives me some renewed strength to know that it will be these sample people, who are still in government, are actively resistant, and working hard to identify the positive thing they can accomplish in the cracks.