Partnering For Me Is About Sharing Of Ideas, Research and Stories

I just turned down a potential partnership with a major enterprise company. As I do with many stories, I will scrub the names of those involved, because there is no reason to blame a single company, this is a lesson any large entity can learn from—for this story, we’ll just call them Acme Inc.

Acme Inc. contacted me a couple weeks ago, stating they were looking to do some research into the API space, and have been following my work for some time. After a few emails we made time to get on the phone and talk about what each of us were up to.

We spent about an hour, where I gave my history, why I do API Evangelist, and how I go about generating short form, and long form content as part of my research across the API space. Acme Inc. shared their interest in exploring how APIs could be applied to a couple of business sectors, and were looking to generate white paper(s) that they could distribute internally, and amongst partners.

Acme was extremely vague on details, and I understand that not everyone can be as open as me, especially when you work at a big company. We ended the call, agreeing that we’d explore what a potential partnership might look like, around research projects, but they would need me to sign an NDA first—no problem.

At this point my inbox was already out of control, and I boarded the 12 hour flight Berlin, and proceeded to gear up for APIDays Berlin. After a day in Berlin where I finished my talk (which I rewrote onsite to better suit the local audience), and two days of the amazing interactions at API Days Berlin, I finally made it back into my inbox.

This time I found another reminder, to sign the digital copy of NDA. At this point, I’ve received 2 separate NDAs, and two reminders to please sign the NDA--ith no knowledge of what the ideas are. Maybe these are ideas or research I’m already working on? Who the fuck knows! 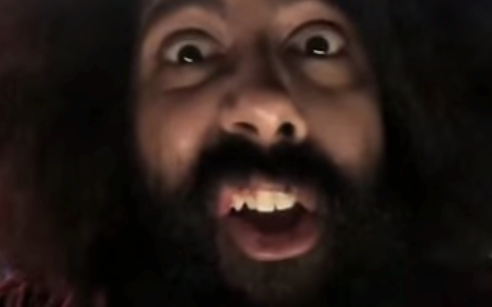 I just sent an email to my Acme representative, stating that I will regretfully decline the partnership, and summarized my feelings. Acme thanked me.

With this response, I probably blew off thousands of dollars in revenue, and who knows what else. In the end I don’t give a fuck. What I do is not about revenue or showcasing partnerships with global companies. It is about ideas, research and my storytelling, whether it is short form (blog) or longer form (whtie papers), or in person, and always in a way that provides value to the community.

I understand that a large entity cannot operate like I do--I’m not naive. However when it comes to the world of APIs, if you want to play, you have to learn to open up, and at least be able to have conversations without the need for an NDA. People in the enterprise might fuck you over at every turn, but I do not. You can ask me to keep something private, and I will—end of story.

This is the fundamental difference between APIs and SOA that so many enterprise practitioners do not understand. As an individual I am so much happier being able to openly share my ideas, stories, code, and other resources publicly, in a way that is openly licensed, and most importantly—accessible by everyone. I strongly feel that there is a lot for the enterprise to learn from the world of open APIs, which isn’t just about technology. However, I’m gambling that most of them will never give a flying fuck.