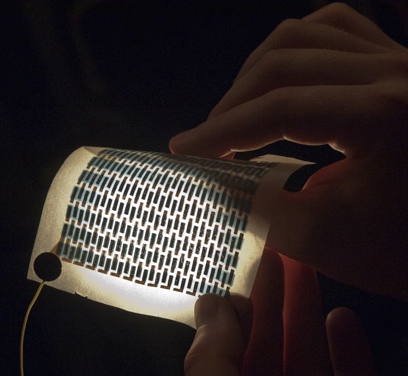 A team of researchers at MIT have developed a way to print solar cells, just like printing out of an office printer. Almost as inexpensive as printing a photo from your inkjet, the simple solar cell have been created on a flimsy sheet, formed from special inks deposited on the paper. The new technology, is reported in a paper in the journal pf Advanced Materials, published online July 8. The paper is co-authored by Karen Gleason, the Alexander and Michael Kasser Professor of Chemical Engineering; Professor of Electrical Engineering Vladimir Bulovi?; graduate student Miles Barr; and six other students. The work was supported by the Eni-MIT Alliance Solar Frontiers Program and the National Science Foundation. The technique represents a major departure from the systems used until now to create common solar cells, which require exposing the materials to potentially damaging conditions, either in the form of liquids or high temperatures. This new printing process uses vapors, not liquids, and temperatures less than 120 degrees Celsius, creating conditions that make it possible to use ordinary untreated paper, cloth or plastic as the substrate on which the solar cells can be printed. We have demonstrated quite thoroughly the robustness of this technology, Bulovi? says. We think we can fabricate scalable solar cells that can reach record-high watts-per-kilogram performance. For solar cells with such properties, a number of technological applications open up. The researchers continue to work on improving the devices. To succeed it must promise low enough cost and low enough sensitivity to humidity. Other attempts to create printable solar cells have been criticized for failing to meet these criteria. Printed solar cells are a serious breakthrough in the manufacturing process, and just a very cool way to generate energy for the future!
← Previous
Next →