Keeping My Thoughts Out Of Peoples Timeline And In My Domain 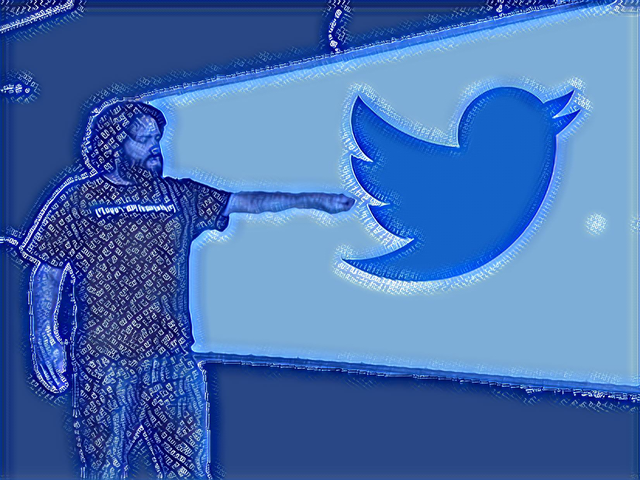 I’ve learned a lot about being a white dude from my girlfriend, and I’ve learned a lot by watching her Twitter timeline, and people’s interaction with her. I learned the other day that I cannot hate on other white dudes, because I am whiter, and “dudier” than most. Ok. Thanks for that lesson. I have a dedicated column in my Tweetdeck for keeping an eye on the waves of white dudes who love to talk shit to my girlfriend. I don’t engage them by default, because a) many of them are bots, and b) the bottom feeders are rarely even worth a response, and rarely does any good come out of it. Even though I do not find value in actually engaging with her hater base, I learn a lot from watching the way they operate, and assessing how I behave, and would like to NOT behave.

The first thing I really notice, is that the need to respond to someone’s storytelling on Twitter, especially in ed-tech, is a very white, male thing. I could pull a listing of the Twitter profiles from Audrey’s timeline, do a sentiment analysis on their tone, and create a 99% white dude misogynistic timeline parade. First, if you think I can’t bash white dudes, because I’m a white dude, your a special kind of stupid, and can fuck off. Second, if this reality offends you, your part of the problem. Third, it is uniquely white dude to think that people want to hear your opinion, and that your opinion matters so much. Oh, of course you also think it is right. #WhiteDude

Trust me. I have a lot of opinions as a white dude. Some are good. Most are really dumb. Most should never ever see the light of day. I have a lot of things I almost respond on Twitter with, but because I have a hard rule about responding emotionally on Twitter, I rarely do. I’ve started writing these thoughts down in a notepad file, then if they are still relevant after a day or two, I add to my story notebook, and begin fleshing them out. Then my ideas go through another aging period, while sitting in my notebook. Not everything that gets into my storytelling notebook will ever see the light of day, because they don’t make the cut. However, if I’m able to stretch something into 300 to 600 words, and transform them into something I wouldn’t be embarrassed to say to someone in person, I’ll publish it to one of my many blogs.

Once my idea reaches my blog it probably has been scrubbed of any personalities. Sometimes I’ll point out specific companies or individuals, but mostly I’m looking to work through, and convey a specific thought. I don’t need cookies, or even dialogue with the person who sparked the idea. I don’t need recognition that I’m right. I don’t feel better when someone is aware of how I feel. I don’t need to inject myself into someone’s Twitter timeline, especially if they do not know me. If someone gives shit, they either already know me, or they’ll subscribe to one of my channels and be introduced to my blog post(s). And if they really, really, really give a shit they will read my post.

I’ve really worked hard on this part of my white male personality. I’m learning to listen. I’m learning to shut the fuck up. I’m learning to write down my thoughts. Let them simmer, and mature. I’m learning to stay out of people’s timeline, and publish all of my thoughts to my blog. Then I will share to my timeline, and if people follow me, and care about what I have to say, they can tune in. People are welcome to respond inline on social media, or via comments on my blog. I don’t hold everyone to the same standard I hold myself, however I do wish some people would. Honestly, I would rather hear your fully baked idea on your blog, than your half baked one on Twitter, or Disqus. I can’t change everyone’s behavior, but I can change mine. I can be more aware, and shift how I impact the digital world around me.