Using Storytelling to Get at the Root of My Anxiety

Poppy the dog came into our lives July of 2020, less than sixty days after the kid overdosed. We needed her. She needed us. We found her in a rescue just shy of one years old. She is a Rottweiler, Sherpherd, and McNabb mix. She is the most loving, sweet, yet pushy and strong willed dog I have ever known. To be honest I was a little skeptical of getting a dog. I’ve spent so much time on the road in the last decade a dog just never seemed practical or logical—-COVID-19 changed all of that. It didn’t take long for me to fall for completely for her. It took some time for the ice to melt around my heart, but as it did I began to fall completely in love with my Poppy dog. Each morning she licked my face to wake me up while she waited for Audrey to get dressed and take her outside to pee I would snuggle and pet her, and fall little more in love with her each time.

As I opened up to Poppy and fell more in love with everything about her I began too experience crippling anxiety. As she assumed the “play with me” pose on the ground and looked deep into my eyes trying to convince me to step away from the computer, I would start worrying about her getting old. Picturing what an old, frail, and unable to play Poppy would look like. To which the logical side of my brain would say, “she is 14 months old! Why the hell you worry about her being 15 years old!”. It seemed ridiculous. Then in the hallway our paths would cross and she’d make her little shimmy shake, which is Poppy for “you going to chase me?”. After the chase would end and I would find myself playing tug o war with her I would again being imagining her as an old dog unable to play with me. What the fuck is wrong with you dude? C’mon!! You are playing with a puppy. But it didn’t stop. I was simultaneously falling in love with this special little (big) creature, and dwelling on her death and demise. Then I realized, it wasn’t her, it was “the man”. 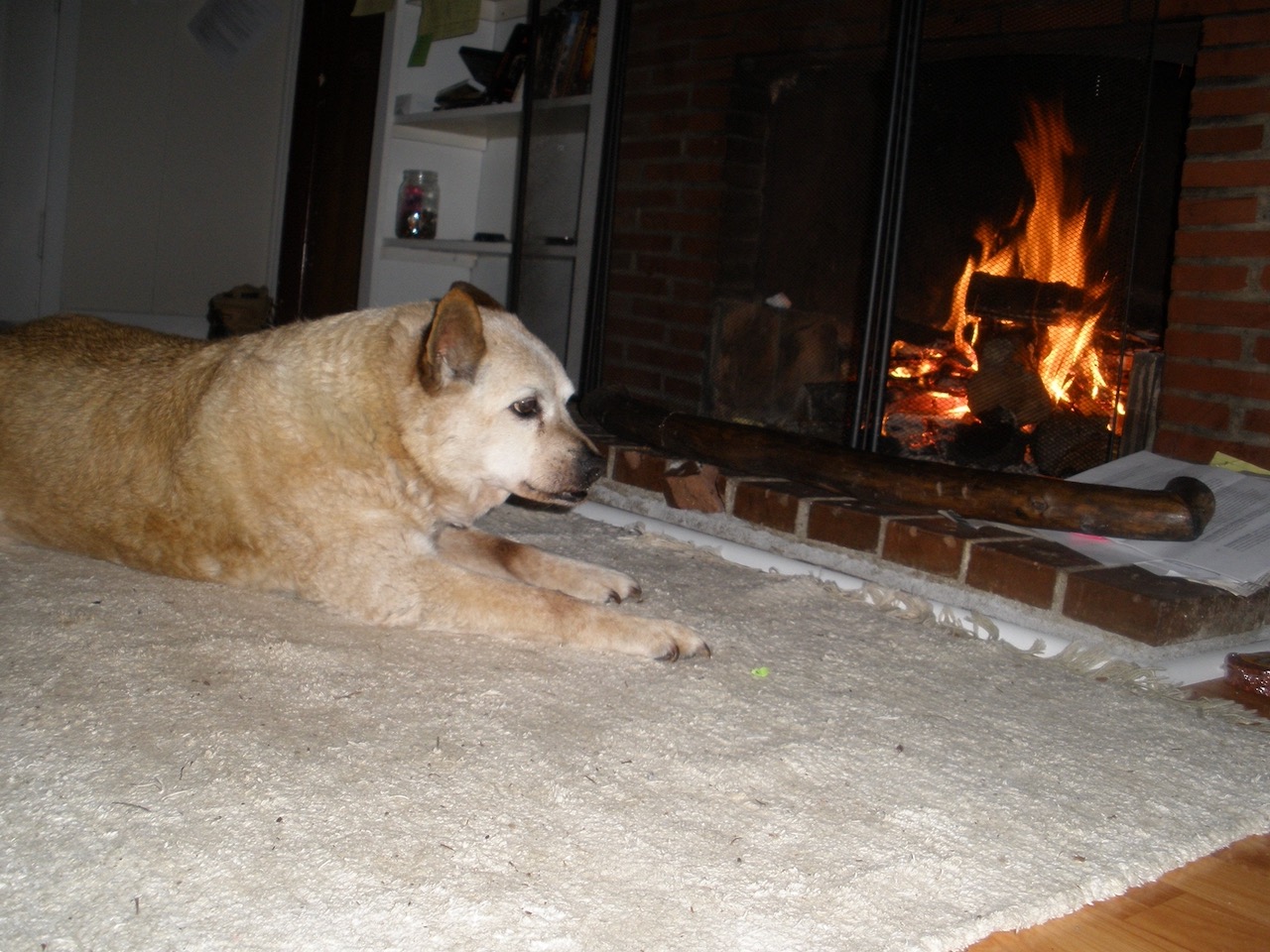 “The Man”, aka Tripper man, was my best buddy from about 1992 until 2008. He was a little red cattle dog who I rescued from a one time girlfriend who picked him up on the way home from a concert and then realized a couple of days later she wasn’t able to have him in her apartment. (Doh!) So I did what any 20 year old would do in 1992, Tripper and I went on Grateful Dead tour, where we stayed until Jerry died in 1995. We went and did everything together. He was there when I got too high. He was there when I found myself homeless. He was there when my first girlfriend broke me heart. He was there when I got married, had my daughter, and when I got divorced. But throughout all of this he had gotten old. A rough life had caught up with him and he ached and was in serious pain. In the spring of 2008 he could barely make it outside to go to the bathroom. Amidst trying to build my startup, work a full time job, try to be a single dad to my daughter, and move houses, I finally put him down. I spent a few hours on the river bank where I buried him and cried, but then I got immediately back to work, never looking back and never really truly mourning my loss of the man. There wasn’t time. I am tough. I just had to keep plowing forward.

As the ice around my heart began to thaw in new ways after Poppy entered my life I realized that this was (once again) all about me. I hadn’t properly grieved over the man. He was my best friend. He was one of those kind of dogs you just talked to and he did whatever you asked. He didn’t play games like chasing balls or anything like that. He just hung with me and did whatever I did. He was serious. I was serious. We took care of each other. I found myself in a whole swirling tidal wave of emotional chaos after the kid overdosed this last year, having been through all of this before (when Tripper was in my life), but now it was Poppy who left me feeling terrified. Scared she was going to grow old and I would lose her too. Why would I want to give my heart over to anyone like this again? Oh yeah, because it is what this life is all about. Living. Loving. It took me years to lower the walls with my wife Audrey so I could get to the same place with her, but Poppy melted my heart so fast I didn’t have time to adjust. I went from skeptical of this new beast to swept away by her within weeks. Resulting in unanticipated undertows and rip currents that left me off balance and riddled with anxiety. I am still working through all of this anxiety, but I am on much better footing knowing that this is the root cause, and now with a little storytelling therapy I think I can keep finding my way. 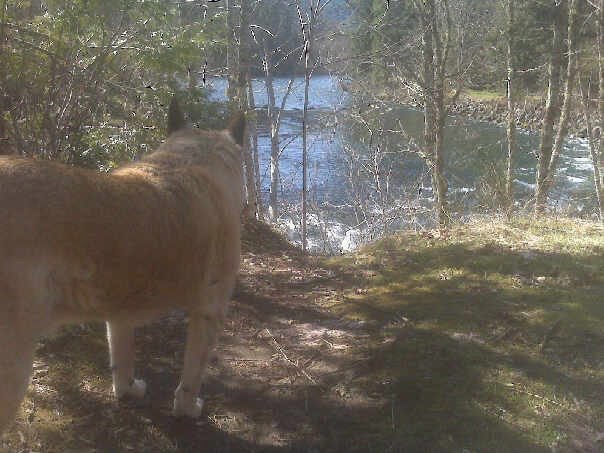 Tripper would have loved Poppy. I am not afraid to say that I love Poppy more than I loved Tripper. Not that she is better than him. She just has much more capacity for joy and love than he did, and she is much better at bending me to her will than Tripper was. He was just a reflection of me in those past moments. We’ll just say I wasn’t the best human being possible between 1990 and 2000, and I’m glad he got to hang out with me after things stabilized a bit. The early days were rough. He weathered it well, but I can’t imagine it was easy for him. I will do a lot more thinking about him in this moment to help me more properly grieve almost 15 years later. I’ll think about him as I step away from my computer to make sure Poppy has some play time and I don’t die plugged into the Internet. The human heart and mind is such a crazy combination. Since I’ve been scratching at who I am through storytelling here on my blog I have found some of the strangest things about myself. The more I do it the easier I seem to be able to surface and recover from things. In 2021 I am most thankful that I am still here. I am thankful to have my wife and daughter in my life. And I am so heavily thankful that Poppy entered my life in 2020. I am so looking forward to the next decade or two with her in my life. I am sure I will continue to worry about her and have anxiety about our future, but that is just me. It is how I do me. The trick is learning to set it aside and enjoy each moment I have.