I only have a handful of doomsdayers left on my Facebook timeline. I culled many them after going to work for the Obama administration back in 2013, and initiated a second wave of culling during the 2016 election, but since I was raised on a firm belief that the world WILL collapse at any moment, it is always easy for me to conjure thoughts about the end of the world as we know it, and translate the rhetoric from the right in the US right now. Even with all my culling I still have a few folks in my timeline currently sharing their memes about their guns, liberty, and what is coming, just like they have done for their entire lives—-even before Facebook was such a toxic part of our lives. As someone who is not anti-gun, and grew up in this reality, I find it fascinating (like a train wreck), and it is something I regularly need to process and understand, so that I can continue to evolve and make sense of the what is happening right now, but more importantly also remain aware of the reality I came from, breaking down the untruths and biases that exist in my own perception of the world I live in. This is more about me than you, but if you find value in it then hopefully I have given something back.

I am repeatedly confounded by the belief that if everyone just rises up with their guns and pushes society over the edge into collapse that everything that comes out the other side will be better than the life we have right now. Somehow everyone will respect each other in the absence of government, and each family will somehow immediately have land and vegetable seeds to grow all their own foods without the big horrible government in their way. Despite real world evidence to the contrary, they believe that everything will just sort itself out. All our problems will melt away, and because they have a gun with lots of ammo and no government standing in our way, that everyone will just begin to work together and make the world a better place. There is no real world, or even Hollywood version of a movie where things just works themselves out—-these beliefs aren’t just naive and fantasy, they are very, very, very dangerous. If you don’t believe that we can all work together during normal times, why would people work together after society collapses?

It is wild to think that if tomorrow, the roads stopped being maintained, and the power and telephone grids stopped being worked on, that our lives would be better. If just everyone had a gun on their side, and a garden plot, that everyone would be released from whatever perceived prison we exist in now. That without commercial supply chains delivering essential items we’d just switch to growing your own grains, baking our own breads, and hunting deer to put meat on the table. That everyone having guns would somehow instill a mutual respect amongst people and that gangs of larger people and militias wouldn’t emerge to inflict their beliefs and way of life onto others. That somehow you having a bunch of guns and stockpile of ammunition is going to keep a marauding band of individuals from raiding your house, assaulting your wife and children, and just taking your land and everything you have. With all we know about human nature in the current moment, that somehow all we need is government out of the way, and then people will just begin to get along, or that your guns will protect you in every situation. Where did you get this belief? What is it based upon?

When I lived in an isolated reality back in the 1980s I also believed the world would be better without government. I believed that we could just take care of ourselves. I believed that my guns were the only thing that would keep me safe and fed when things went south. Once I got out and experienced the world more, and began to gain more experience around just how complicated managing people was, and how much work goes into making government serve its constituents equally, while keeping the economy chugging along, I began to shift my belief system. I do not want to live in a world where I have to have my gun on hip every moment, and fear for my life and those I love in each moment–this is no life. I don’t not want to live in a world without electricity, telephone, Internet, and roads. I like having supply chains bringing products into my region that we couldn’t produce ourselves. I like being able to walk freely in the streets—-even now during a pandemic. I like being part of a society that is working together to make things better for everyone, and not believing in some unrealistic, dystopian John Wayne fantasy of societal collapse, toxic masculinity, and white supremacy. 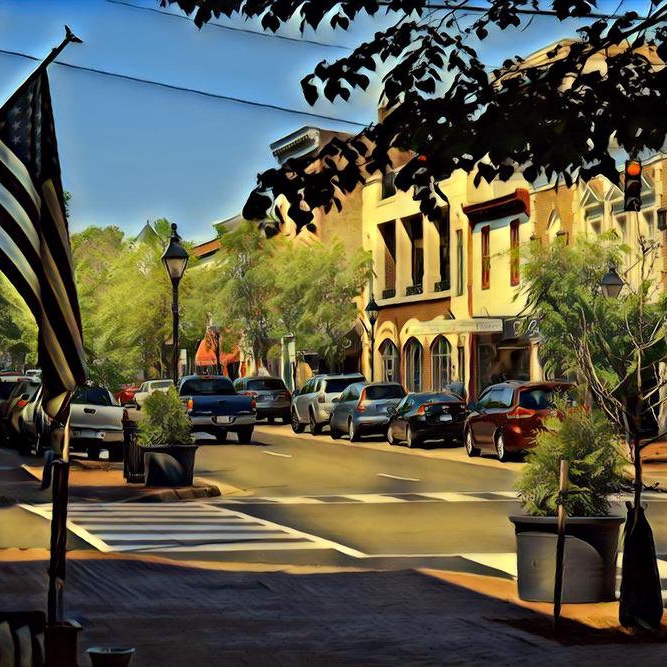 I have come to realize that those of my friends and family who remain in this reality are far too afraid to participate in the society we have been given. So they remain on the edges of society hoping for, and cheerleading its demise. Despite any lack of precedent of the world collapsing within our lifetimes, they’d rather spend their lives hoping for this fantasy reality than participating fully in the one we have all been given. When things look bad they’d rather go shop at Costco, stop at the gun shop on their way home, and then post memes on Facebook about how the revolution is coming, rather than rolling up their sleeves and working, or at least donating to their local food bank to make sure others have what they need. It used to make me sad that these people who I love are so scared of the world, and have become so hostile towards me because I no longer share their disturbing beliefs of the world around us. However, I find much more comfort in being out in the world living in diverse communities and being part of the solution, rather than hiding out on the edges with my gun, perpetually shorting society, and always believing that the worst is yet to come.

I wish that I could show the remaining people I know who are doomsdayers a less scary path forward. I wish I could show them the way into a more accepting community of people, and that you might have to leave some toxic people behind. I wish I could help them develop more confidence in themselves so that all their confidence wasn’t derived from a firearm. I wish I could show them how empowering it is to influence government policy even at the local level, let alone at the state, federal, or international level–going beyond just voting. I wish I could show them that I am not simply being elite and better than them, that I am just vibrating at a different frequency than what I was 25 years ago. I wish I could show them how their isolation isn’t protecting them and it is actually just preventing them from ever being truly aware of what their potential is while keeping them in a perpetual state of fear, allowing their chain to be regularly yanked about liberals coming for your guns, brown people coming for your job, and government coming for your everything. Society isn’t going to collapse because we are all out here working our assess off to ensure that we are all taken care of. And the revolution you desire doesn’t have to involve your gun. We can all work together to push forward a non-violent revolution, where it is more about all of us continuing to revolve around each other while still all moving forward collectively to make the world better, and ensure we are all taken care of.