Choosing to Live Over Being Terrified by Everything in the World

The world is a scary place. Bad things are happening in any given moment, within every city around the world. So, how do we find the strength to get up each day and venture out into such a dangerous and scary world? This is really the existential challenge we all face when we open our eyes each day. I spent a great deal of my life believing I was adventurous and open minded, only to discover I was generally fearful of the world at large, and had my mind open to a pretty narrow slice of world—a white male one. I find it fascinating how this is such a narrow slice of the world, yet it is the dominant slice getting the majority of air time when it comes the world we see. That is probably another story all by itself. Along with this realization I began to see just how terrified I was. I began to see why cities were so terrifying. I realized why I had owned not one gun, but many guns for the first 35 years of my life. I began to see how terrifying the world was, but how this was primarily about me. Not those actual terrifying things occurring in the world.

Murder, rape, robbery, abuse, exploitation, trafficking, illness, and everything else your imagination and main stream media can conjure up is out there. As soon as your eyes are open and you reach for the mobile phone in the morning—you are open to all of these threats. Hell you are open to being murdered in your sleep—especially it seems, if you are a black woman in the United States. But, again that is probably an entirely other story all by itself. All of these threats may not be directly inflicted upon us each day as we wake up to our world, but we sure enjoying inviting them into our home via our mobile phone, television, laptop, radio, newspaper, and other ways we allow ourselves to be programmed each day. If I am reading about all of these things in my home each day, surely they can’t be that far away once I walk out my front door. How does one even get up, let alone walk out of the door each day. Good question. I think we all deal with it in different ways. Religion seems to be the most common approach to this existential threat. I’d say drug and alcohol usage and numbing ourselves is right up there with religion. I’d say that some lean on education, philosophy, and a more academic approach to finding answers. After that I feel like people begin clinging to whatever else they can find in their world to make sense of the staggering amounts of terrifying events one can be bombarded with—looking to Mother Nature, exercise, conspiracy theory, aliens, music, work, or whatever else helps you cope each day. 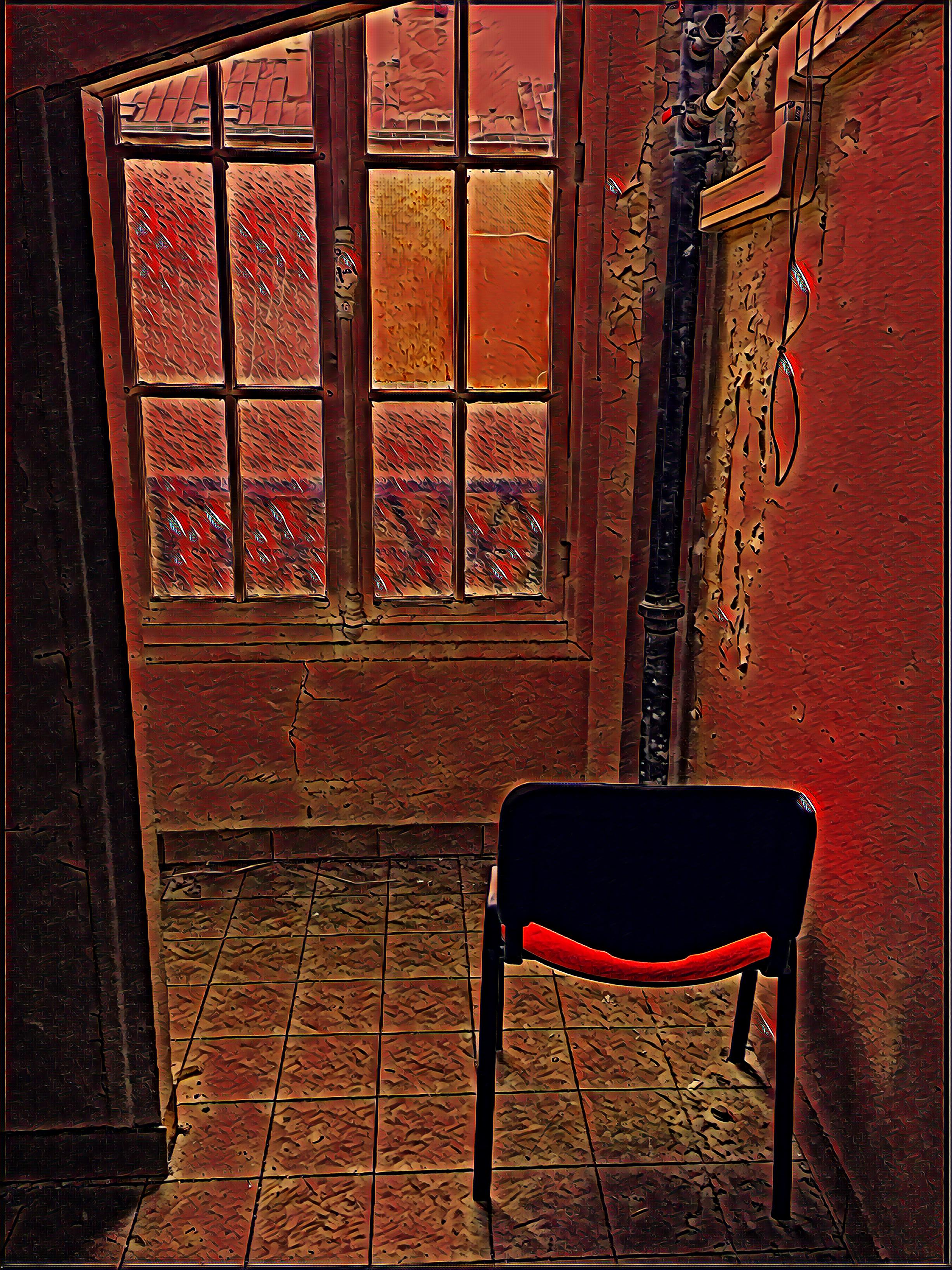 I am only learning how deeply integrate my views of the world are with my fears. The fears I was raised on, as well as the fears that I’ve personally rubber stamped as an adult. I’ve learned how cities are loud to me because of racist programming when I was younger. I’ve learn that I dwell on mass shootings, terrorist attacks, and other rare occurrences when I have people around me who are also obsessed with these events, or worse, spend all their time connecting the dots between these events as if there is some grand conspiracy in motion. Think of it has a whole sunglasses store of “rose colored glasses”, but with a whole spectrum of shades depending how dark you want to see the world. As I upgraded the sunglasses I wore each day from the ones I was given as a child, to my own hand selected and purchased pair, I began realizing just how dark my lenses were. I began to see just how much fear was used to a) keep me from going too far out in the world, and b) things were terrifying because I dwelled on the terrifying things. I was trained to keep myself from straying too far from the nest and kept in a perpetual state of broken and fearful, optimizing myself for maximum controllability. Either by those in my community, or by those in power at higher levels that need to keep me showing up pissed off and scared in an election, and ensuring I stand down when it really matters. The more I focused on the big scary terrifying things in the world, the more I was doing the work of others to keep me in a state that is more easily manipulated. Keeping me broke, in a financial, but also emotional way, and ensuring I see danger, collapse, and threats around every corner. All of it never quite felt right to me, leading me down a path where I questioned it all, and began reversing the storytelling flow from being about controlling me, to controlling the world around me.

The more control you have over the world around you the less scary it is. Sure, all of these things are still happening out there, but you see and experience less of it. Sure, this can elevate to new and dangerous levels of isolation, privilege, and entirely new dimensions of fear, but if done thoughtfully it is something that can really begin to tame the terrifying effects of everything we are bombarded with on a daily basis. For me, it comes down to how much of your day are you willing to give to worrying about the dangers that exist around us. As I approach fifty years of age I am a lot less tolerant of what I will let into my life. I don’t like drama. I don’t like people worrying and stressing about things that are out of their control. Especially if you aren’t putting yourself out there in the world trying to do something about it in a truly constructive way. I am even tolerant of folks worrying about something in the world and using religion, philosophy, or storytelling to try and work through. I am not trying to be down on people being concerned with what is wrong with our world, I am just intolerant of needless dwelling on the negative in the world, especially if it is racially charged. Especially if it is unknowingly perpetuated. It isn’t my job to tolerate people around me calling for awakenings when they are unaware the white supremacist legs that phrasing has. It isn’t my job to tolerate people around me dwelling on globalist financial cabals when they are’nt aware of the deep anti-semitic history that drives the narrative. It isn’t my responsibility to spend a portion of my day tolerating these narratives, let alone doing battle to convince someone there isn’t a global conspiracy or there is or isn’t some magical alignment of the stars in the future. I choose to spend each of my living moments focused on much more meaningful, constructive, and nourishing thoughts, conversations, and people. Life is too short. 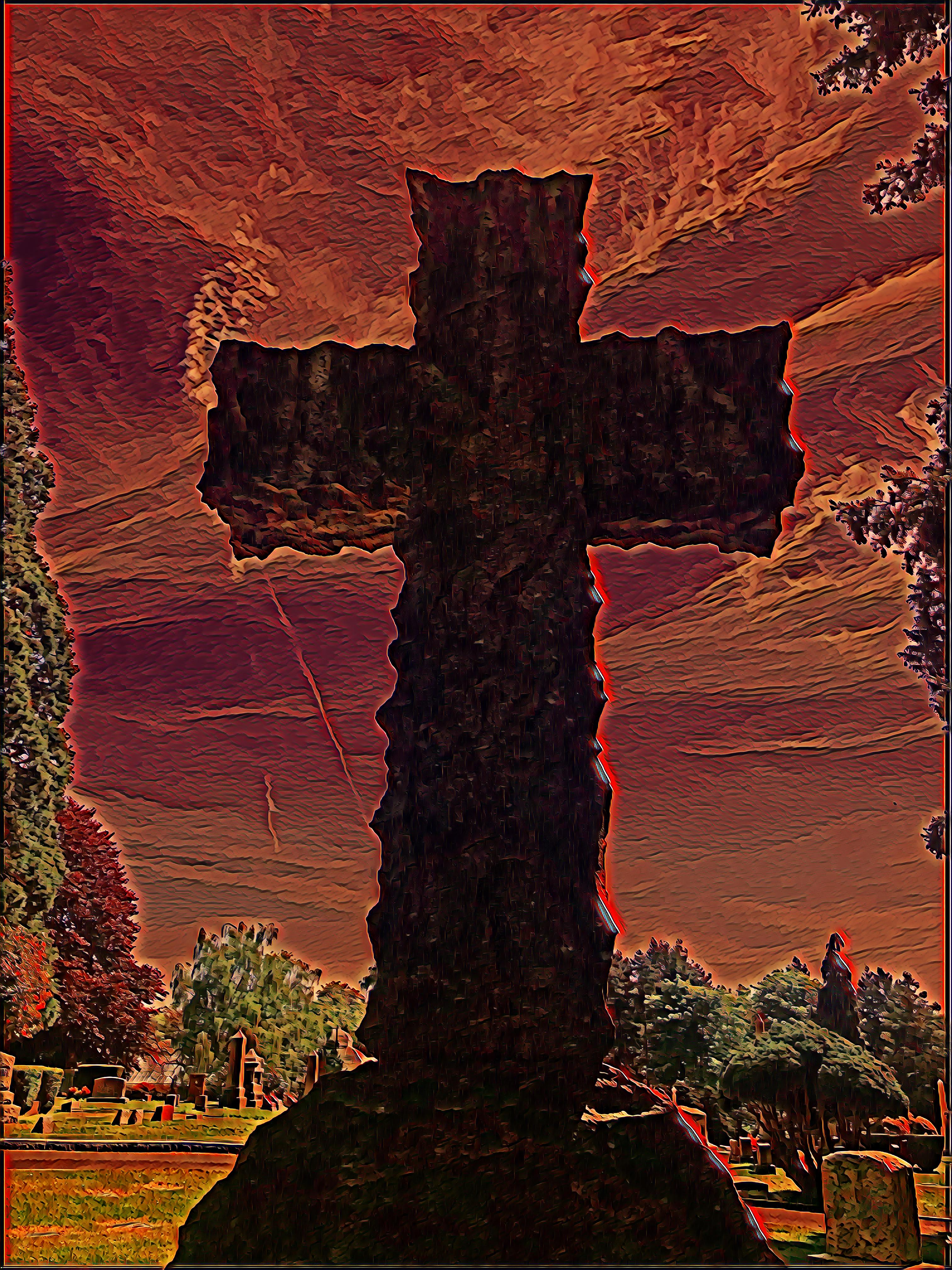 A tangible example of the twisted layer of fear that manifests itself in our world can be found in our airports with those security scanners we walk through as we prepare to board an airplane to travel anywhere. These contraptions are part of a larger security theater apparatus in respond to a handful of deadly realities that exist in our world. To help appease the fear amongst the masses we have put in these scanners which put on a good show that we are keeping some very scary people from bringing knives, guns, and bombs onto our airplanes. This response and security theater is fascinating all by itself, but consider the wider fear these devices place on others when it comes to the invasion of privacy or health concerns when it comes to the radiation or other perceived negative effects of these machines. Many believe these devices are designed to kill you, resulting in people never traveling beyond where they can drive, so they aren’t exposed to these radioactive death machines we’ve placed in our airports. Completely ignoring the microwave and radio antenna on their local police, television, and radio stations across every small town we live in. Can you imagine, choosing to never travel anywhere on a plane because you are afraid of these machines that were put in place to help reduce fear about other terrifying events? It just shows what a topsy turvy terrifying world we’ve created for ourselves. You may chuckle at my example of using airport screenings, but I think you’d be surprised how many people do not travel at all because of these practices. To further demonstrate the craziness of it all, also consider the many people who will not travel on planes because they can’t bring their firearms with them. Something that can be quantified with the number of guns that are confiscated at airport security screeners in this country, which reflects the people who feel this way, but seem to have forgot to leave their guns at home. There are many, many, many more who will never leave the comfort of their trusty firearm, again keeping them only traveling to where they can drive.

Today, I spend the majority of my “worry time” unpacking my legacy fears. I have a small amount of bandwidth devoted to problems in our world that I feel are worthy of stay in tune with, and the handful in which I can actually do something. The rest of my day is spent not worrying or obsessing over the terrifying goings on in the world, opting to read a book, play with my dog, write a story, or do something that is more conducive to a long, happy, and healthy life. It isn’t that I am not sympathetic to the bad things happening in the world. I just am painfully aware of how limited my time is on this earth, and that I only possess a certain amount of emotional bandwidth to give to scary and ferrying events. Especially if they don’t directly impact my life or there is something I can contribute to making things a little bit better. Why should I give myself an ulcer and unwarranted anxiety when I could be reading a book or writing a story. All of this may seem obvious to many of us, but in 2021 I think we can all use a pause button when it comes to thinking about scary things, and allow a little more joy, peace, and comfort to exist in our day. I know that a part of why I am able to find peace is due to my privilege. I am white, male, and have a good job. So I understand that not everyone has the luxury to hit pause and find some peace. However, we do have the choice to not pay attention to unnecessary drama or fear, uncertainty, and doubt that is thrown our way online, via our television, or our social circles. We do have the ability to tell friends and family who are on the negative side of life that we don’t need them around. Not that we don’t care about some of the issues they raise, it is just that we choose to live our lives without so much fear, and only worry about the things that are within our control. Allowing ourselves to be a little more free in a world that seems to be running out of opportunities to be free, and ever more terrifying events existing just over the horizon.