I wrote about the audio side of this transformation a while back, but I wanted to think about it from a spatial and more physical view of what is city or country, or more importantly what is community. I wanted to explore my own views of what it is like to move to a big city, assessing my view in the early days after first arriving to what my views are after living there for some time. Exploring what happens when you become more familiar with a space, as well as the human beings, and other creatures that occupy this space.

I’ve lived in a lot of small and medium towns, and variety of big cities. I grew up in a valley where the biggest town was just over 1K, with a variety of smaller towns that were no bigger than a couple of hundred people—-with 20-30K overall in the sprawling valley floor and mountains. I rarely left this valley until I turned 16, but once I got a taste of the big city, I regularly left my isolated upbringing seeking the sights, sounds, and the people of larger cities. Since then I have lived in San Francisco, Portland, Seattle, Los Angeles, San Diego, Phoenix, Tuscon, Washington DC, and New York City spanning the last 25 years. However, it was living in New York City, Seattle, and now Oakland in the last four years which have really forced me to realize that my views of big city neighborhood has always been much more about me than it was ever about the cities. 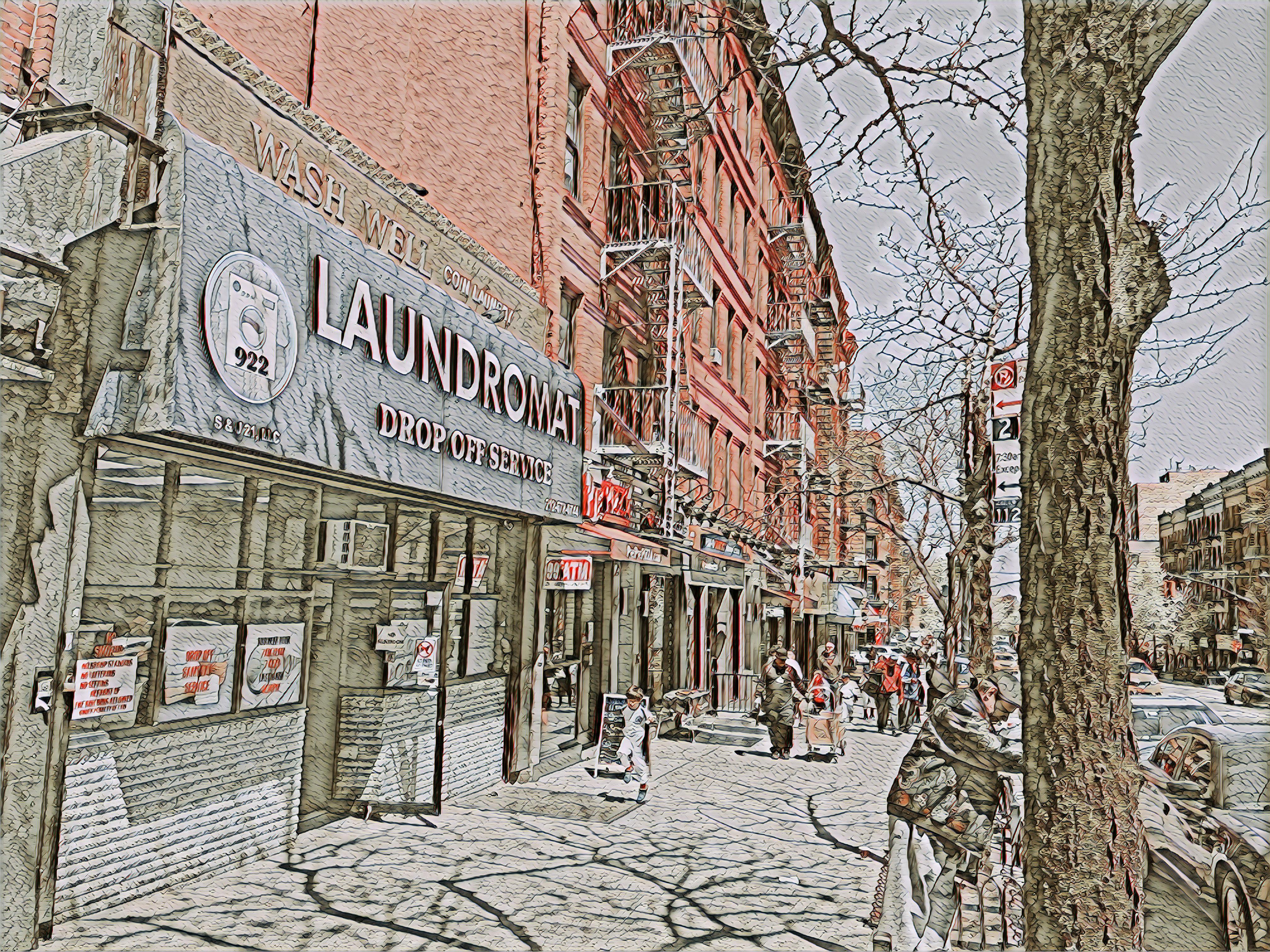 As I said in my previous post, cities were always loud and overwhelming. Places I wanted to go, but I always would return to my programming that rural small towns are always superior. Something that has reversed in the last five years, where I now feel that cities are where I’d rather be, and while rural small towns are nice to visit, they don’t offer much to actually nourish my soul as a human being. Prior to 2015, I never did much unpacking about how I felt about a city. I just liked it or didn’t like it, and returned or didn’t return. Always heading back to my home state of Oregon. However, having adapted to my neighborhood in New York’s upper west side, and now downtown Oakland, I have been able to see things differently, and see each of these big cities differently after spending some time in them, not because the cities changed, but because I was open to change.

When we first moved to the upper west side of New York City, to 103rd and Central Park West in August of 2017 so Audrey could go to Columbia it was a loud and busy city. It was hot. It was bustling and a little overwhelming. Naturally I loved it, but I still saw it as big city. It was just another series of cross streets that resembled every other part of New York I had set foot in before. I didn’t really notice all the details and the personality that existed in the cracks. Spatially speaking things seemed tight, crowded, with tall buildings along every street. However, over the course of the following year, the streets spread out, the people on the sidewalk, while still very intense, seemed to flow more naturally–I could see and feel the rhythm. Sitting in front of the laundromat eating an ice cream cone from the corner store wasn’t much different than sitting in front of the country store where I grew up. I recognized faces, restaurants, and the corner store operators. For the first time in my life, New York felt like home, and felt like something I was part of, and it wasn’t as scary or intimidating as it had been since I was introduced to the concept in the 1970s.

Similarly, in February of 2020 when Audrey and I climbed the stairs of the 19th Street BART station to go look at the apartment we live in now. It was loud. People everywhere. People of all different colors, shapes, and sizes. The streets were narrow, bustling, and the buildings were tall. I remember how the street out front of apartment looked like a city street, one that I would look both ways multiple times before crossing, where now, after almost a year of being here I will saunter across the wide street without barely looking each direction. Like New York, my downtown Oakland neighborhood as widened, slowed, and become more of what I’d consider to be a community. I recognize faces on the streets, and have regulars that I say hello to every couple of days. It is my neighborhood. It is my home. This acclimation to your surroundings never really occurred to me at the fidelity it does today. This shift in how I related to my environment has allowed me to unpack a host of mental and physical baggage. It showed me the way to get beyond my allergies I have had since I was 22, and begin to allow me to come to more comfortable terms with the white supremacy I am complicit in, which surrounds me each and everyday on and offline. 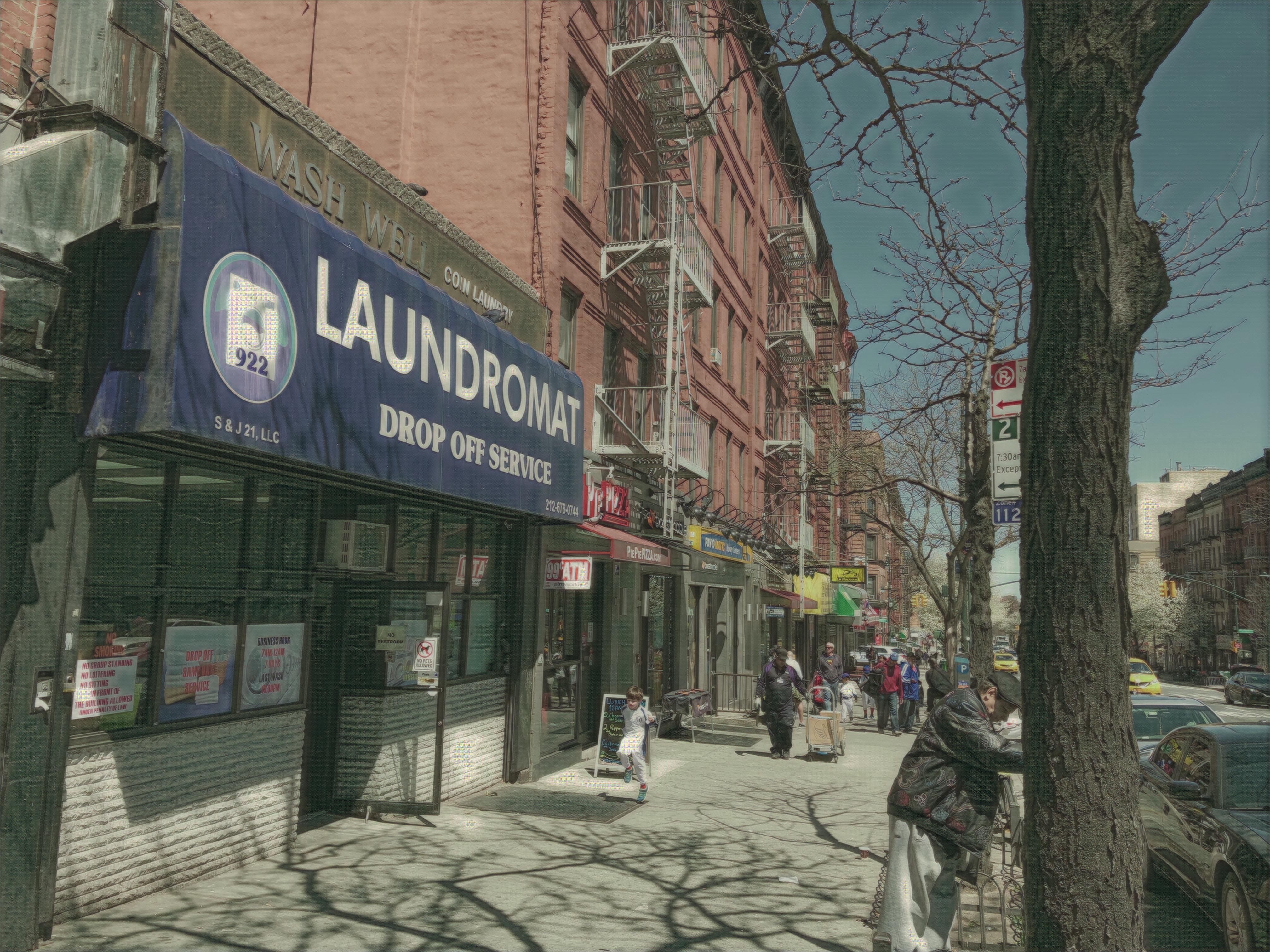 How I viewed cities from the age of 16 to 46 was almost entirely shaped by my racism. It was buried so deep I couldn’t see how white supremacy had colored my view of cities, but that it actually formed the shape of them in my eyes, making them tighter, taller, loud, and intimidating. Part of how New York City and Oakland have changed in my eyes is due to me living there for enough time to begin to get familiar and feel like I belonged. However, most of it was due to me actually thinking deeply about who I am and how I see the world around me, and unpacking all of it here on the blog. Unpacking my white supremacist baggage while living in rich communities filled with people of color has given me a different lens to see the world around me. A wider, smoother lens. A more friendlier lens. It slows things down and softens them for me. Calms me, and everything around me. Which has less to do with New York and Oakland, and everything to do with me. It reminds me of how I used to state back in the 80s and 90s about how San Francisco and Los Angeles are great, but they are too loud, dirty, and overwhelming, declaring that Oregon is the only place where I can find peace of mind. Only to realize 30 years later that I the loudness and overwhelming nature of cities was all wrapped up in the white supremacist voices in my head that were programming me throughout the 70s and 80s about how bad cities were.

I didn’t see these cities as being about the people who lived there. I mean, clearly there were more people, but they weren’t human beings in my eyes. They were statistics on a news program. They were the greedy, uncaring, and aggressive people who had drove my elders to the safe and natural valley where I grew up. Now I see these places as full of creative, beautiful, and thriving people who are all just trying to live. Just like me. There are small restaurants and retail stores owned by individuals I want to support. There are people I wave to on a regular basis every single time I pass them by on the street. I wouldn’t call any of them my friends, as I maintain a pretty reserved existence, but I do see them as human beings, and someone that is just trying to live in the same ways I want to live. Ultimately I feel safer, richer, and more sane than when I did back living in the woods. I can put food on the table. I live a comfortable existence. I am not worried about the world collapsing around me, either economically, culturally, or socially. I feel like if there is unrest in the country, that Oakland is where I want to be. Which is the exact opposite of how I was raised and programmed since the mid 1970s. It has taken me almost 50 years to get here, but I feel like I am finally getting to a healthier, happier, more inclusive and accepting way of living my life. One that didn’t magically emerge from the woods as I believed growing up—-it is all about me, and how I see the world around me.