The Last Four Years Have Been Difficult

A huge load was removed from my shoulders this Saturday with the defeat of Donald Trump. I know there is a huge amount of work still to be done recovering from his Presidency, but I feel like I can at least breathe a little, and think a little more clearly without the heightened levels of anxiety. I stayed off Facebook for most of the last part of the election, then upon the announcement of Donald Trumps defeat I logged back on, and immediately culled the remainder of people from my timeline that were making Facebook untenable for me on a daily basis. This final culling reminded me of all the people I have lost over the last four years to a very dark version of reality that is deficient in facts, rich with conspiracy, and perpetually shorting humanity, believing that the collapse of society is always imminent. I love all of these people, but the toll their view of the world took on me had became too high, and I was finally forced to leave them behind so that I can simply live my life. The last four years have taught me how to say good bye to those that I love, but just can’t accept the heightened levels of fear they live in and the racism, sexism, and willful ignorance they accept on a daily basis. I just can’t do it anymore. I have to live. Truly live, without so much fear in my head and on my shoulders.

My anxiety levels are much lower knowing that I won’t have to endure another four years of that man. It very much reminds me of when I was finally able to be free of some of the toxic men I was forced to grow up with, either because they were my blood relatives, or simply the partner of one of my blood relatives. As a child, it was difficult to avoid the fear, ignorance, and daily friction of a reality defined by toxic masculinity, and having it in the top leadership position of this country felt inescapable in a similar way. Now I know the toxicity still exists out there, but I am left to better define each of my days, and what friction I allow in, and what I push back on, much like I began doing as an adult after escaping the cage of my youth. I can choose where and how I live. I can choose who I see and let into my life. I can choose to be isolated or expose myself to a diverse range of ideas and stories. I have learned that leaving people behind can mean new doors opening, and new ideas and faces entering my life. You don’t have to maintain old ties just because they are blood or originated in the first half of ones life. My anxiety can be managed based upon who I let into my day to day reality, and while there will always be a certain amount that is out of my control, there is so much within my control than many would like me to believe. 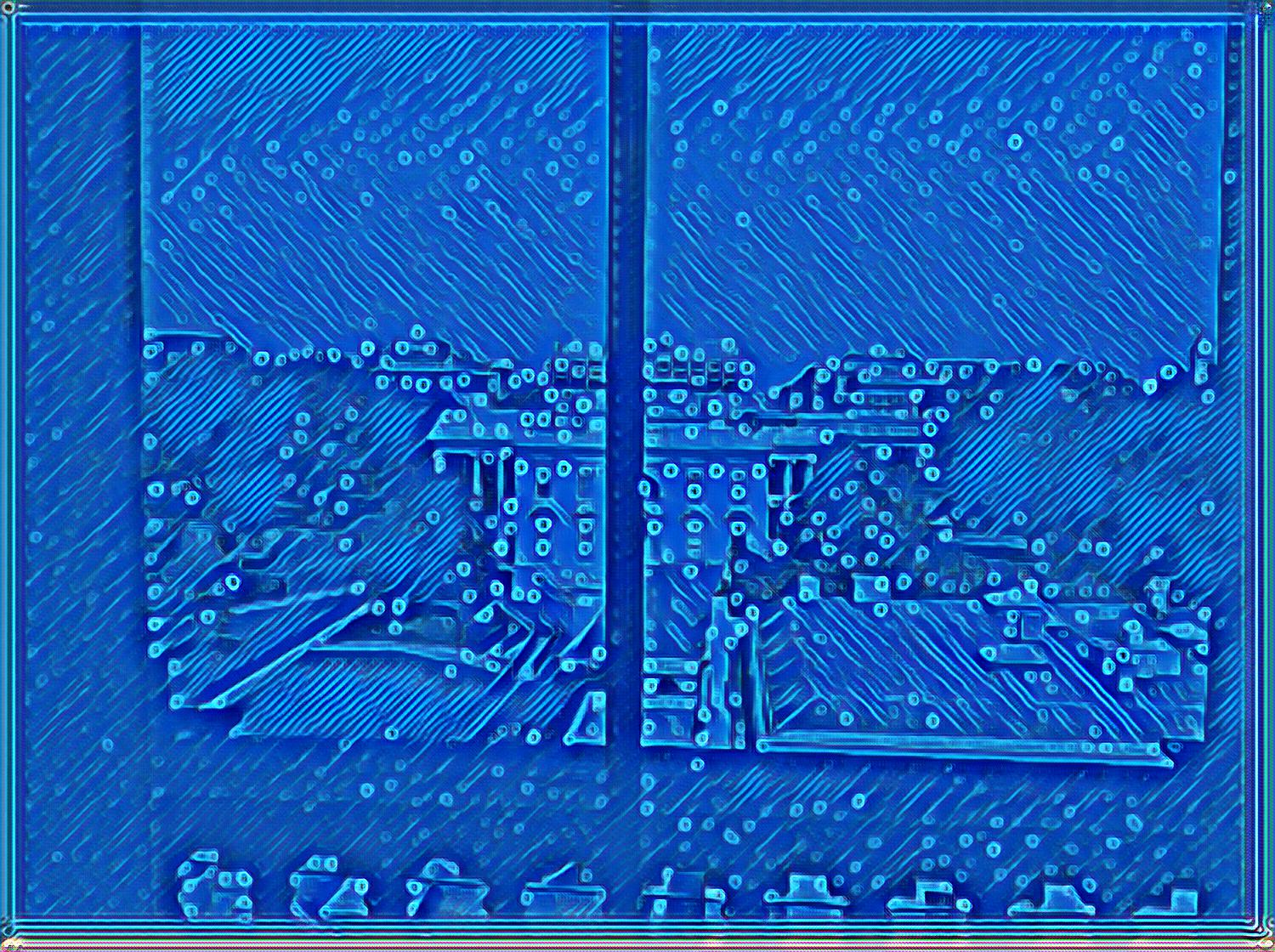 I am going to do the hard work of processing the last four years here on the blog. Looking back through the posts I can tell I have already done a considerable amount of work in this department. I want to spend the time working through the actual human issues that cut me so deeply in the Trump administration, not just lean on the general fear, racism, anti-semitism, sexism, and intolerance we all just witnessed. I want to address how the core tenants of my conversations with conservatives over the years were not just further eroded, but blasted out of existence. Things like states rights, regulation, law and order, the economy, and all the other ground I used to acknowledge when it came to engaging with the conservatives in my life. You won’t find me sitting down for an earnest exploratory conversation with any conservative anytime soon, not that there aren’t any conservatives left who are worthy of doing this with. It is more about the level of distrust I have for them because of their full embrace of conspiracies and fact. You can’t engage in thoughtful debate when the ground can be swept out from under you in any moment with an unassailable conspiracy theory. I refuse to spend a moment of breathe debating whether the holocaust happened, or whether or not mass shootings are false flag shootings. I can’t solve real world problems by entertaining that Illuminati is behind every government shadow. I choose a much firmer line between my reality and fantasy.

Personally, as of November 7th, 2020 I am doing the best I have throughout my 48 years of existence. I have a beautiful wife whom I love deeply, a daughter who I adore watching become a knowledgeable and educated woman. I have an amazing dog who I truly enjoy being around each day. I have a well paid job doing exactly what I want to be doing, in a career where I am top of my game. While there are big gaping holes in my heart from people I have lost over the years, I am living the best version of Kin Lane I can imagine. The Trump administration was the number one source of anxiety in my world, and with that gone, I’m left with a mix of low and mid grade challenges each day-—nothing that will spin me out like the toxicity that emitted from Trump. With that said, the last four years have been really difficult for me. I aged a lot. In 2020 I feel old. With that came some wisdom, but mostly just more grey hairs, and heart ache. Sitting here today, I feel like I have the high ground. I can see back throughout my life, and what I’ve endured since finding this world in 1972. I have the most nuanced awareness of who I am and the world around me than I have had at any point in my life. While I still have so much work to do, I can see things more clearly than ever before. I feel it is a crime to not live life to its fullest in the first place, but I feel 10x that about not seizing life with everything I have been given so far. I have to keep pushing Kin to be the best possible human being I can, and I have to continue to try and make a positive impact on the world around me. The last four years have showed me the heightened levels of fear I, and the people around me lived in for years, and how living in this state opens you up for manipulation and exploitation from those in power. I am not under any delusion that I see everything, but I definitely don’t live in fear anymore to the point where I need to have a gun by my side every moment of the day, and believe that government is always out to get me. 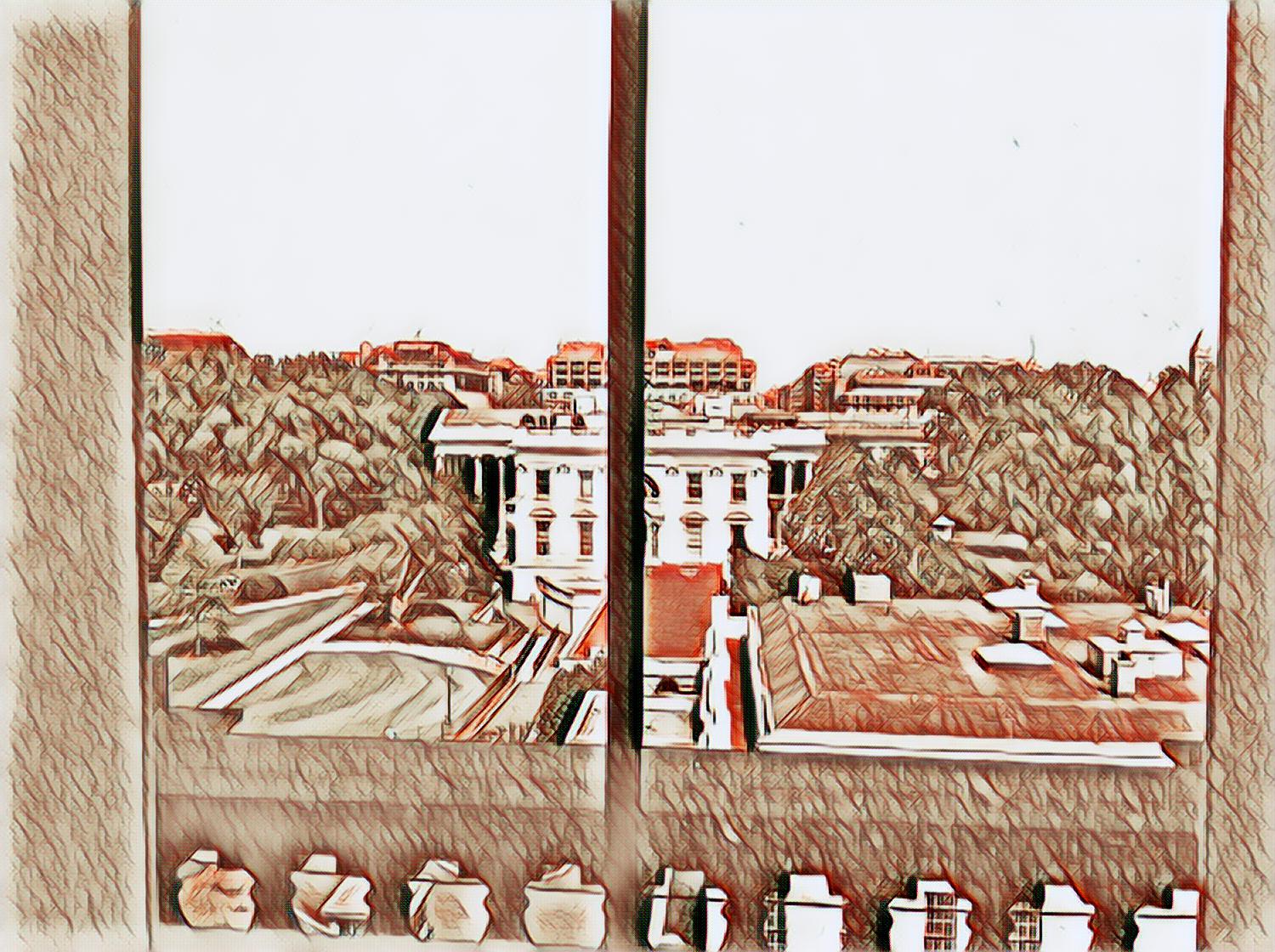 I don’t think the people who support Trump are bad people. I think they are very scared, and haven’t ever experienced much compassion, empathy, and love throughout their lives. They are terrified. They don’t know how to operate in a diverse world. They have been so abused by capitalism and politicians over the years, that they find comfort and solace in the conspiracy theory folk tales that flow around them each day. With no trust in institutions, their communities, or themselves, the line between fact and fiction just melts away, and myth becomes the truth. They see themselves in Donald Trump. He validates them. He makes them feel seen. He gives them purpose. Or he at least sticks it to the libs and brown people in the same way they would. I still embrace Trump followers as human beings even if I can’t personally sit down with them and engage in debate. I have just personally been too hurt, misdirected, and had to clean up the mess from their misinformation too many times to engage with them at this point in time. The lie of white supremacy is just too raw for me right now. Seeing people I grew up looking up to and following say that white supremacy doesn’t exist in the face of all the evidence in the world around us is just too much for me right now. Hearing stories of revolt and societal collapse doesn’t give me the hard on it used when the world around me terrified the fuck out me. I can’t laugh away an anti-semitic remarks anymore—it just is unacceptable. Period. I can’t entertain a discussion about the mass shooting 40 miles down the road being a false flag operation, while then getting on a Zoom call with a federal agencies later in the day. I have real world problems to find solutions for. I am too busy trying to make the world a better place to sit down with these folks in this moment. I will leave this work to other strong souls who have the patience, and possess fewer wounds, and buried fewer bodies that I have over the years.

I had the same feeling in my gut and on my shoulders over the last four years that I did throughout the 1980s. Only now have I identified that the same men who are doing it now, were also doing it to me back then. The difference now is that I am grown up, and have the agency to do something about it. Not just in dismissing and pushing back on the toxic masculinity that exists amongst people I love and grew up with, but also turn some of the levers and knobs of the government bureaucracy to potentially change how the world works. For the better. I now understand the toll these people take on my soul. I now see the potential I have when I free myself of these legacy cords attached to me when I was young, and free myself of the anxiety induced by being around people who are just cheering for the collapse of our world. I won’t let myself be governed by fear anymore. I won’t allow myself to be sidelined and isolated by my anxiety anymore. I chose to get into the game back in 1997 rather than living on the edges of society. In 2020 I am doing this again by doubling down on my investment in the success of humanity, rather than sitting around hoping and waiting for the worst to occur. We have a lot of problems, but rather than sit around and just bitch about them, I am going to do what I can to help fix things. I did my best to do this during the Obama administration, as well as the Trump administration, but I had to be very mindful of my emotional bandwidth and the work load I could take on during the last four years due to my heightened anxiety. In 2021 I am going to cautiously shift back into a higher gear, and with a little less baggage in the trunk, and less overall anxiety burdening my mind, I am thinking I will be able to kick some serious ass in the next four years. I predict that blog posts on this site are going to be considerably less dark in coming months, and while I will still be processing this condition I possess called “Kin Lane”, I am thinking I will cover more ground and reach new heights in this next phase of my life. Closing this dark chapter, and turning the page towards work we have ahead of us.